I’m quite lucky as I have use of a friends Mamiya 645 for shooting medium format film, however, I do love the look of the 6×6 square negatives. Hassy’s are out of my price range as too are a few others I could mention so I went onto ebay and searched “6×6 film camera”.

A range of cameras started to appear but of course I was looking at the price tag and a whole load of folding cameras appealed to me. Not knowing much about them I started to google the makes and models that I had seen. I thought you can’t go wrong with Zeiss! 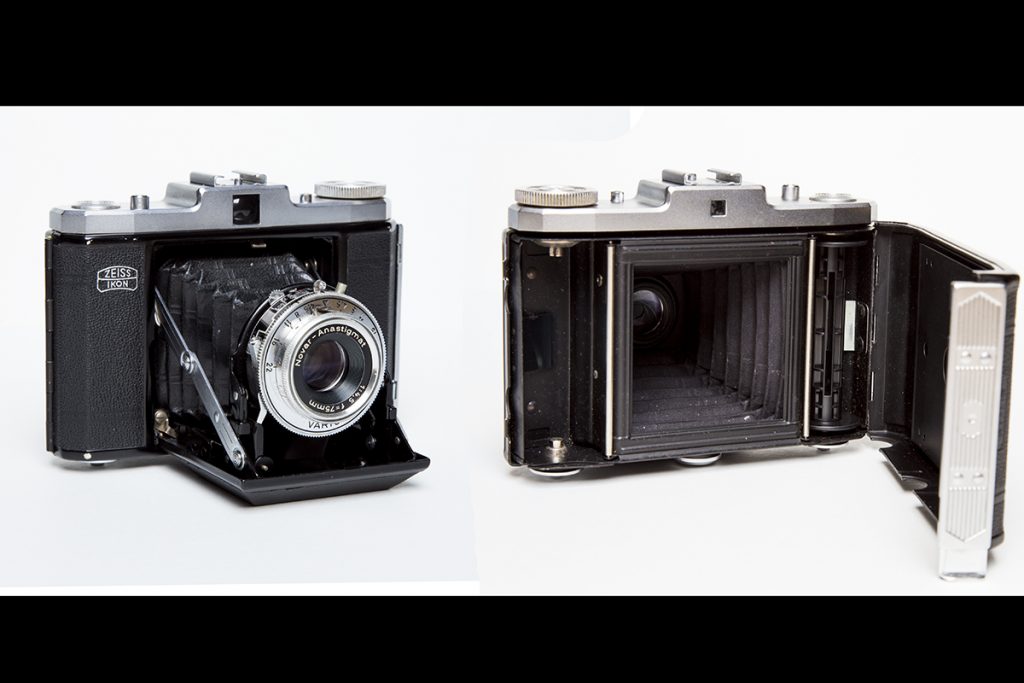 So i purchased this little gem above and I am so glad I did.

It’s a simple camera. Once you have figured out how to load the film in the back you’re ready to go.

The aperture settings are from f4.5 to f.22. The Shutter Speeds are Bulb, 25, 75 and 200. All good so far. The only tricky part I found is the focusing. This is not a rangefinder camera and it is not a TLR (Through The Lens) either. So you have to measure your focusing distance from the lens to your subject. There is markings, in meters, on the lens for you to control the focus.

I figured that using the camera at infinity was the best predictable result I could get which was pretty fail safe. Just point the camera at something in the distance and you’d get a sharp image. Anything closer then you’d have to guess, or measure the distance. But that is part of the photographic process with this camera. Or you could buy a shoe mount range finder.

Everything on this camera works well. No rust, the bellows are tight, no leaks, the controls move as they should and the shutter seems accurate. So I was very happy.

The first roll of film I used I managed to double expose one of the frames. So that was then another part of this camera I had to get used to. Not double exposing frames. Because it does not wind onto the next frame itself, so it’s easily done!

The second roll of film I used, shown in the video, I got into the habit of composing my shot, then winding the frame on, then cock the shutter, then take the photo. I closed the bellows and moved to my next scene. Knowing that to take another photograph I had to adhere to the same practice. Compose, Advance, Cock, Shoot. By sticking to this I knew I wasn’t going to double expose. And I didn’t. You just have to look at the red window on the back of the camera when you advance the frame to make sure your next frame number is exactly in the middle of the window. Tricky to see in the shade!

I am looking forward to making some amazing square prints with this camera that I am certain I can print up to 30 inches and still keep a good resolution.

Watch the video on the Zeiss Ikon Nettar.

Buy Me a Coffee